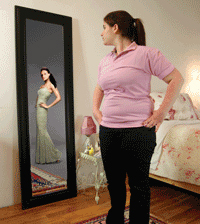 Eating disorders such as anorexia, bulimia and binge eating disorder are serious and potentially life-threatening illnesses which are often misunderstood, misdiagnosed and hidden from public scrutiny. Yet they affect thousands of males and females, young and old, across our nation’s racial and cultural lines. National Eating Disorders Awareness Week (February 21-27) offers an opportunity for educators to raise awareness of the signs and symptoms of these disorders and to educate people about their causes and how to seek treatment.

Congress has recognized the month of February as “National Teen Dating Violence Awareness Month.” This extends the prior designation of one week.

Associate Attorney General Perrelli .said "For the first time, this crime is being commemorated as 'National Teen Dating Violence Awareness and Prevention Month,' instead of a week. This is no small feat, and I commend the Senate for its unanimous passage. The department will continue to raise awareness regarding teen dating violence, and will use federal resources to assist schools and communities in stopping such violence.”

Dating abuse can be defined as a consistent pattern of behavior in which one person in a dating relationship exerts power and control over his or her dating partner. Dating abuse can take the form of physical, sexual, verbal or emotional abuse. Physical abuse includes being hit, kicked, bitten, shoved and hit with thrown objects. Verbal abuse includes name-calling, verbal harassment, private and public humiliation and threatening harm. Emotional abuse includes stalking, imposing the “silent treatment” on a partner, controlling a partner’s choice of clothing, behavior, plans, and friends and much more. Sexual abuse includes being forced to have sex and or being touched in inappropriate places against one’s will.