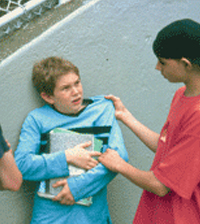 Though some may dismiss bullying as “just a part of growing up,” the truth is that bullying is an abusive behavior that has serious consequences for all involved. Bullying can be disastrous for victims. Students who are targeted by bullies report low self-esteem, depression, living in fear and torment, poor academic achievement and emotional turmoil. The consequences of bullying extend to bystanders as well. Witnesses to bullying often suffer from feelings of helplessness and poor coping and problem-solving skills. Studies show that children who witness bullying incidents experience significant fear and anxiety. The bully himself faces consequences such as poor social and emotional adjustment, isolation, poor performance in school and an increased likelihood to commit crimes later in life. Use National Bullying Prevention Month to provide the tools that a school needs to stamp out bullying. As students learn to recognize bullying behaviors, understand what motivates bullies, devise new strategies for standing up to bullies and realize the need to seek adult help, the school climate will become the healthy, safe place for growth that each student deserves 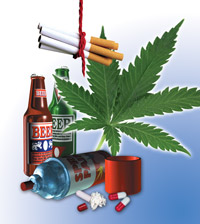 Substance abuse is a costly and widespread problem in our society. Its impact on young people today is tremendous. Both parents and teens rate alcohol, tobacco and other drug use as the most important problem facing teenagers, according to a national survey by the National Center on Addiction and Substance Abuse at Columbia University. The same survey found that the average age of first use of alcohol, cigarettes or marijuana was between 12 and 13 years of age. Drug use by pre-teens and teens is dangerous because this is a time of growth and development, both mentally and physically. During adolescence, a person’s sense of self is still developing. In addition, the body undergoes a wide array of physiological changes including physical growth, hormonal changes and brain development. The use of alcohol, tobacco and other drug use during adolescence can have adverse, and sometimes permanent, effects on the physical and psychological development of young people.

Provide young people with the knowledge necessary to make fact-based choices about drugs and their lives. 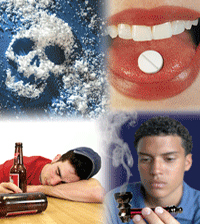 Started as a tribute to DEA Special Agent Enrique "Kiki" Camarena who was tortured and murdered by Mexican drug traffickers, Red Ribbon Week (October 23-31) is a moment for schools and communities to not only honor those who fight the war against illegal drugs in our country, but also to gain and share knowledge about many of the drugs that pervade our society today—from alcohol and marijuana to club drugs, inhalants, cocaine, heroin and more. The decision to live a drug-free lifestyle is the most important one that your students can make.