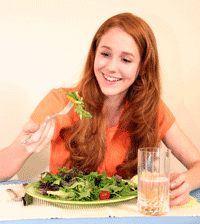 Fruits and vegetables provide essential vitamins and minerals that help reduce the risk of many chronic diseases. Also the fiber found in fruits and vegetables help us feel full and make it easier to maintain a healthy weight. But, many young adults still don’t eat the suggested number of servings they need to reap in these benefits.

Fruits and Veggies-More Matters takes place in September, a time when there is an abundance of fresh foods available. Show your students that eating a variety of fruits and vegetables is a lot easier than they think – from grabbing a fruit instead of a bag of chips, a juice instead of a soda or even a small side salad instead of fries at their favorite fast food place.

Human Relations Media has video resources for all grade levels that make it easy for you to teach your students to make healthy eating choices for a lifetime of good health. 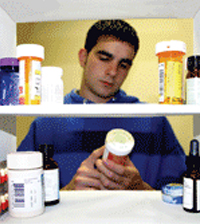 Since prescription drugs are legal with a prescription, youths often believe that they are safe for anyone to take. This is far from the truth. Taken as prescribed, prescription drugs can effectively manage the conditions for which they are prescribed, with little or no detrimental effects. However, these drugs can result in a multitude of negative physical and psychological effects when used improperly, including memory impairment, digestive problems, depression, irregular heart beat, psychotic episodes, addiction, coma and death. Unfortunately, youths often do not realize this until it is too late.

Dextromethorphan is a cough suppressant found in many over-the-counter cough syrups and cold medicines, and it is abused by some young people as an easily-accessible, cheap high. The effects of dextromethorphan abuse vary depending on the dose taken. Lower doses may result in euphoria, abdominal pain, nausea, vomiting, headache, confusion and lethargy. Higher doses can produce hallucinations and feelings of detachment from the environment and self, similar to the effects of PCP or ketamine.

While many young people are aware of the dangers of illegal drugs like heroin or cocaine, fewer know about the potentially deadly consequences of abusing prescription and over-the-counter (OTC) drugs. Because these drugs can be obtained legally, many teens operate under the assumption they are less harmful than street drugs.